Below is the pandemic ventilator prototype "Norman". Norman was built by one of our developers in his automation and robotics class.

This prototype is named “Norman” after Norman Burn. Norman Burn was the Chief Technician at the Department of Anesthesia at Newcastle. Norman Burn built many of the very first positive pressure ventilators. Some of his “home made” ventilators were used during the polio epidemic in Britain in 1947. (link here)

This developer is a high school student and has contributed to the Pandemic Ventilator Project right from the beginning. He has added many insights to the design of the project and did all the PLC programming for "Max" as well as his current prototype. He entered "Norman" in the Waterloo Wellington Science and Engineering Fair. 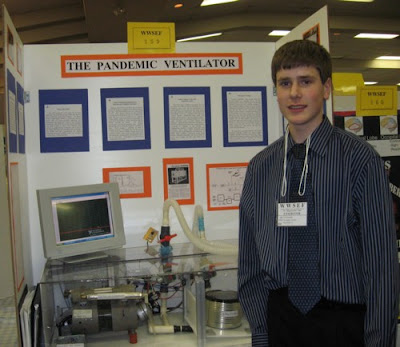 The Pandemic Ventilator at the Science Fair


He won 3 awards at this Science Fair:
In addition to the awards, his project has been accepted to participate in the National Canada Wide Science Fair to be held in Ottawa Canada from May 10 to May 18th 2008.

We congratulate him on his hard work and dedication. 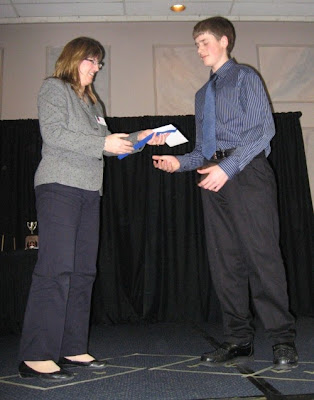 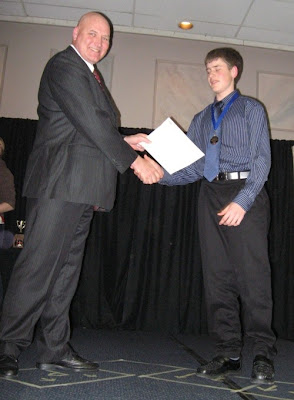 Receiving the University of Ontario Institute of Technology
Innovation Award for Demonstrating the Most Innovative Development,
Adaptation or Use of Technology in a Science Project 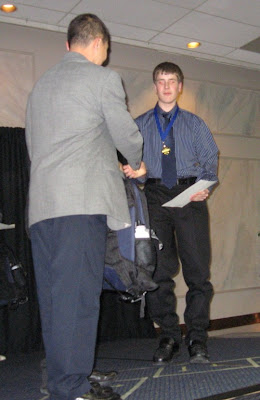 Receiving the Award of Merit

It seems there was an error made at the awards ceremony. Instead of the silver medal he was awarded, he was supposed to have received a gold medal and several university and college scholarships. So, we congratulate Jeff on his gold medal award. Here is a link to the official site.

Here are the awards he was supposed to have received:
His project is also entered in the Canada-Wide Science Fair